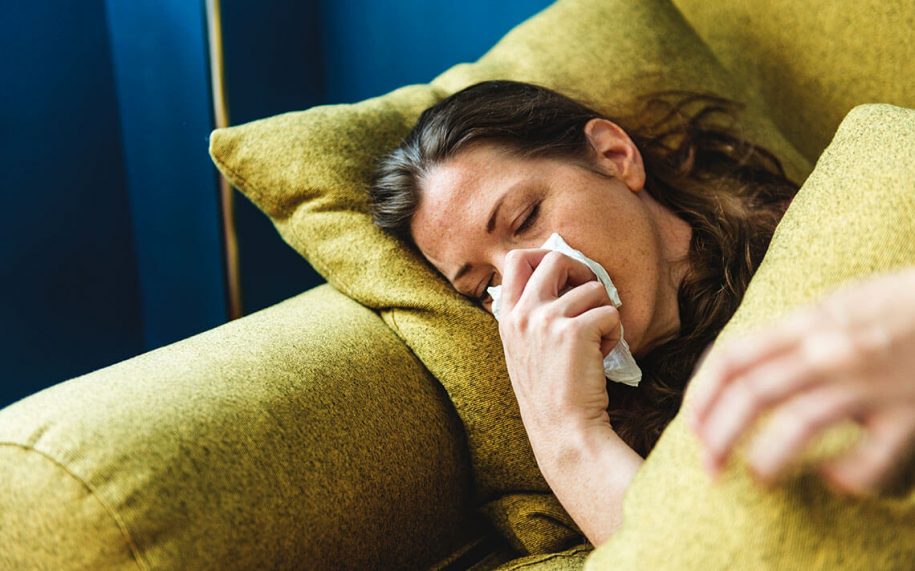 One of my first personal experiences of the effectiveness of homeopathy was shortly after I started the long course in homeopathy at the Royal London Homoeopathic Hospital some years ago. I had been out for the day one Saturday, and on arriving home began to feel very unwell. I was shivery, hot and cold, with teeth chattering and feeling very weak. I dragged myself to bed with an inward groan, knowing that I would be unfit for anything for the next few days. I still had a clear enough head though, to think that since I was studying homeopathy, now would be a good time to see if these homeopathic remedies actually worked. Since my symptoms appeared to fit the Gelsemium picture I took a pilule of Gelsemium 30c followed by another one half an hour later, and then dozed off. I woke up after an hour and got out of bed – all the symptoms had completely disappeared! I was astounded! I had never had such an experience before – any previous time that I had had ‘flu symptoms like this, they would have been sure to last several days, with or without conventional treatment. I was very impressed!

Influenza is caused by infection with the influenza virus. Uncomplicated influenza is characterised by the abrupt onset of fever, chills, non-productive cough, muscle pains, headache, nasal congestion, sore throat and fatigue. It is usually diagnosed clinically. Not all people affected with the virus become symptomatic – the percentage of infections resulting in clinical illness can vary from 40 to 85 per cent, depending on age and pre-existing immunity to virus.

In temperate areas of the Northern Hemisphere, influenza activity typically peaks between late December and early March. The usual incidence of influenza virus varies yearly and depends partly on the underlying level of the population’s immunity to the particular circulating virus. One study in the USA found an infection rate with or without symptoms of 10 to 20 per cent a year, with the highest infection rates in people under 20 years old. Attack rates are higher in institutions and in areas of overcrowding.

The influenza virus is transmitted from person to person through respiratory droplets disseminated during sneezing, coughing and talking. The incubation period of influenza is one to four days and infected adults are usually contagious from the day before the onset of symptoms until five days after the symptoms began. The signs and symptoms of uncomplicated influenza usually resolve within a week, although a cough and fatigue may persist.

Complications include otitis media, bacterial sinusitis, secondary bacterial pneumonia, and, less commonly, viral pneumonia and respiratory failure. Complications are also caused by escalation of underlying disease. In the USA each year, over 110,000 admissions to hospital and about 20,000 deaths are related to influenza. The risk of hospitalisation is highest in people 65 years and older, in very young children and in those with chronic medical conditions.

Homeopathy, however, has a lot to offer, both in the prevention and treatment of influenza. The homeopathic remedy Oscillococcinum (also known as Anas barb) has been used in France for many years and can be bought at nearly any chemist in France. It is not licensed for sale over the counter in the UK but can be prescribed by a registered medical practitioner for individual patients.

The suggested treatment regime is:

“Tailor-made” preparations
“Tailor-made” ’flu preparations are produced by many homeopathic pharmacies. For example, one preparation contains the homeopathic dilution of the current influenza virus amongst other things, such as a combination of previous ’flu virus potencies. The recommended dosage is 30c three times per day once a fortnight during the ’flu season. Another example provides a combination of Influenzinum 30c and Bacillinum 30c. The recommended dosage is one dose a week, increased to once a day if in contact with influenza.

Although there are quite a few specific remedies for influenza, the following are the ones I have found most helpful.

Gelsemium
This remedy covers a large percentage of the ordinary, typical ’flu cases familiar to us all. Where often someone feels a bit out of sorts the day before, possibly a little headachy, a little feverish, a bit of vague pain: he goes to bed, does not sleep very well and next morning he feels rotten.

Gelsemium ’flu is rather slow in onset, usually coming on over six to eight hours and produces primarily a feeling of intense weariness. The patient is very dull and tired, looks bleary-eyed and sleepy, with heavy, drooping eyelids being a keynote of Gelsemium.

They feel hot and sticky, and yet have the sensation of little shivers of cold up and down their backs, as if someone had spilt a little cold water down their back. The Gelsemium patient tends to feel shaky, with a tremor in their hands noticeable when they try and lift something and they tend to get very shivery when exposed to cold draughts.

They tend to have an unpleasant headache that is usually throbbing, affecting the back of the head radiating into the neck and there is a generalised aching soreness in the muscles. Despite their sensitiveness and dry mouth, patients with Gelsemium ’flu are not usually very thirsty. This lack of thirst is another keynote of Gelsemium.

For potency and dosage I would suggest one 30c up to hourly in the acute stages, reducing the frequency as the symptoms improve, and stopping the remedy when the symptoms clear. This regime would be suitable for the following remedies as well.

Baptisia
I remember taking a telephone call from a patient whom I had been treating for another complaint to say that she had come down with the ’flu, and was there any homeopathic remedy that might help? On asking her to describe her symptoms she said that she felt very tired with her face flushing hot and the rest of her cold. She had throbbing pains in her head which shifted about, her face was flushed and she felt “all puffed up” with a pressure in her head, she found it very hard to concentrate, she said that she felt weird when she stood up, and felt drugged and dopey. I suggested that she try Baptisia. She told me at her next appointment that her symptoms had cleared after a few hours, and that she had been delighted at the response.

This is the classic picture of the Baptisia influenza – generally a more toxic situation than in Gelsemium the symptoms are more intense with mental confusion and feeling befuddled – their faces often appear puffy and swollen, their eyes are heavy, but with a congested, besotted look rather than the drooping eyelids of Gelsemium. Occasionally, one may even elicit the rather bizarre Baptisia keynote of “Feels he (or she) is scattered all over the bed and tries to bring all the pieces together again”.

Byronia
Another telephone call was from a patient whose son had just had to take to his bed with ’flu, again enquiring if a remedy might help. Here the picture was different again – he had shut himself away in his bedroom and was lying still just facing the wall, was irritable and unresponsive, and just wanted to be left alone (most unlike the usual junior invalid!). His thirst for large amounts of cold water confirmed the diagnosis of Bryonia and again a few doses of the 30c potency brought about a hasty recovery.

Eupatorium perfoliatum
This is another remedy, which can be extremely useful in influenza. Here the most noticeable factor is the severity of the pains which are a severe ache involving all the bones of the skeleton – arms, legs, shoulders, back, hips and particularly the shin bones.

The pains develop very rapidly and the patient often says it feels as if the joints were being dislocated, or as if the bones were broken – it is that type of deep-seated severe pain. Associated with the pain, there is intense restlessness; the patients are always moving to try to ease the aching pain in one or the other of their bones.

Eupatorium patients are always chilly, feeling cold and shivery but paradox­ically tend to be very thirsty for ice-cold drinks.

Arsenicum album
Probably the best remedy for “gastric ’flu” influenza with gastroenteritis, vomiting and diarrhoea is Arsenicum album. Here, the patient tends to feel worse between midnight and one o’clock in the morning and tends to have a fever, followed by chills and rigors. The face is hot and patients crave open air, yet the body feels chilled. They feel worse for eating and drinking, but are thirsty for small sips of water. There is a marked restlessness punctuated by collapse or prostration, and the patient tends to have the classical Arsenicum anxiety often out of all proportion to the severity of the symptoms. The sufferer wants company at all times.

Homeopathy, therefore, can be extremely effective in both the prevention and treatment of influenza and as always, is a cheap and safe alternative to the allopathic approach. Perhaps homeopathy should be the approach promoted in the National Health Service for the treatment of ’flu rather than the new and very expensive anti-viral drugs that are coming into vogue!

Richard Robinson MB BCh BaO DRCOG MFHom has been practising homeopathy for 11 years. He works at the Nature Cure Clinic in Central London and in private practice at Amersham, Bucks and Boots in Milton Keynes.