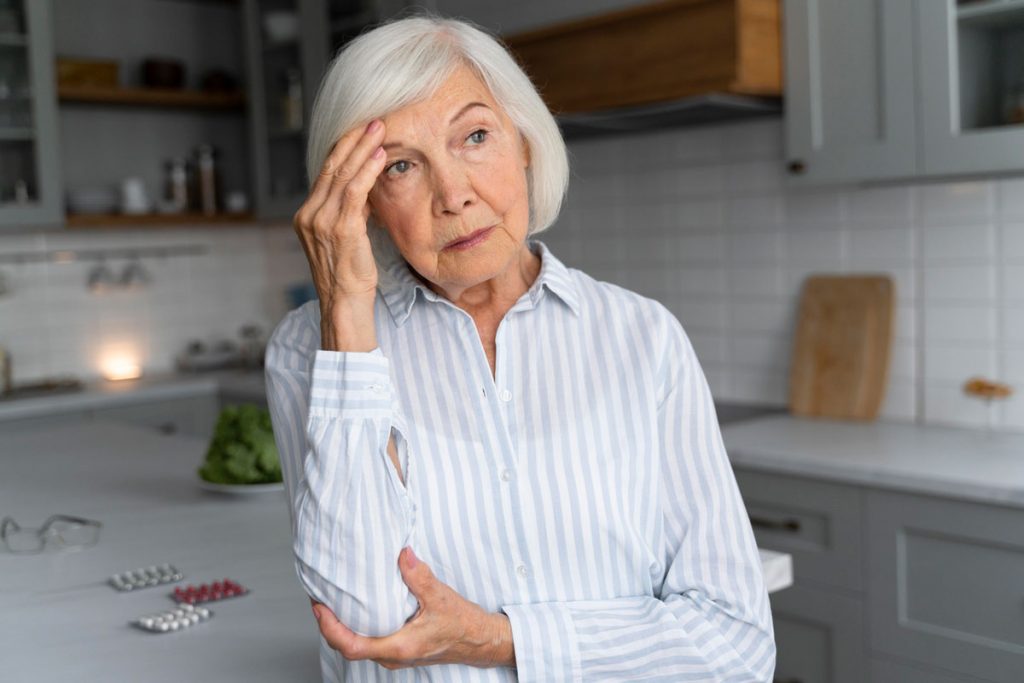 Why would you want to know if you are just having a “senior moment” or if you are on the path to Alzheimer’s disease? Conventional medicine tells you that there is no cure, there is only staving off symptoms for a little while before you become incapacitated. Our own government’s National Institutes of Health declares: “Alzheimer’s disease is an irreversible, progressive brain disorder that slowly destroys memory and thinking skills and, eventually, the ability to carry out the simplest tasks. It is the most common cause of dementia in older adults.” [They do, however, go on to say that] While dementia is more common as people grow older, it is not a normal part of aging.”

A report in the journal The Lancet discusses dementia prevention, intervention, and care. This report discusses potentially modifiable risk factors which could theoretically prevent 40% of diagnosed cases of dementia worldwide.

The mortality rate assigned to dementia alone in otherwise “healthy” individuals is estimated to be 1.55 million individuals worldwide.

An online newsletter called “Alzheimer’s News Today” estimates 44 million people worldwide living with Alzheimer’s disease, 5.5 million of whom live in the United States. About 200,000 of these are under the age of 65 and have so-called “early onset Alzheimer’s Disease”.

The Centers for Disease Control, on their “Alzheimer’s Disease and Healthy Aging” page, cites 5.8 million residents of the United States diagnosed with Alzheimer’s in 2020, with a projection of the numbers tripling to 14 million people by 2060.

If dementia is not a normal part of aging, then why are so many of our elders becoming demented, and end up living in nursing homes because they cannot take care of themselves, and no longer have the mental capacity to realize how badly dysfunctional they are?

Many causes have been proposed. We will review some of the literature on these proposed causes, and seek to determine whether any of them might have any effective treatment.

The following factors have been proposed to be associated with the diagnosis of Alzheimer’s disease:

There appears to be debate about whether lifestyle interventions are worth the effort.

On the other hand, an article written apparently in response to that Lancet statement says: “evidence from large clinical trials is not conclusive to support that a third of dementia cases might be prevented.”

And there are always financial considerations, as this somewhat cynical article suggests.

So… prevention is possible.

So… it’s not worth trying to prevent because

One paper actually looked at costs of intervention over time vs the cost of caring for demented patients, and concluded: “The results suggest that the multidomain approach of BBL-GP is highly likely to be cost-effective.”

We know that Alzheimer’s disease is diagnosed after death, on autopsy, by finding amyloid plaques in the brain, and by seeing the nerve cell tangles under a microscope.

So… if there is no way to diagnose the disease before death, and there is no treatment for it anyway, who in world would want to know if they are going to get it? That sounds like an exercise in masochism.

Maybe not so fast… we know that amyloid plaque in the brain can be seen without having to cut into the brain – that’s good news. We can test for elevated levels of amyloid plaque by seeing it on a PET scan of the brain. We can test by doing a spinal tap and pulling spinal fluid from the spinal cord and measuring specific proteins in the spinal fluid – that’s a pretty invasive procedure.

So let’s talk about risk factors – what you can do to minimize the chance of developing dementia.

It appears that there are several risk factors that would be susceptible to intervention BEFORE dementia (or even mild cognitive impairment) develops. These risk factors are present in all people, no matter their age, race, or socioeconomic status.

Dementia does NOT have to be a normal part of aging.