Homeopathy in Europe: Is the Tide Starting to Turn? 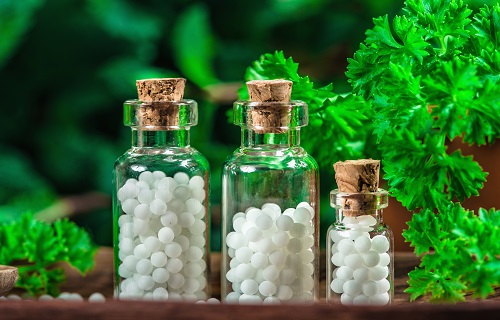 Evidence-based medicine – treatments based on evidence of safety and efficacy from clinical trials – has been in the ascendant for decades now in Europe and around the world. So why is one system of treatment which has been dismissed as ineffective by clinical trials still in use?

Homeopathy, developed in the 18th century by physician Samuel Hahnemann in Germany, is based on the principles that ‘like cures like’ and that greater dilutions of treatments have the most beneficial effects. When mainstream treatments included blood-letting and purging, and surgery frequently led to fatal infection, these principles may have had the benefit of at least seeming benign. But now that modern medicine has a far greater understanding of the causes of disease and their treatments, homeopathy has been dismissed as – at best – a placebo.

There are signs that governments in Europe are hardening their attitudes to state funding of homeopathy, with the UK, France, and Spain all announcing an end to funding or support for homeopathic products or services in recent months. We took a look at the popularity of homeopathy across the continent, the different traditions of its use, and ask whether attitudes are changing.

The NHMRC concluded: “Based on all the evidence considered, there were no health conditions for which there was reliable evidence that homeopathy was effective. No good-quality, well-designed studies with enough participants for a meaningful result reported either that homeopathy caused greater health improvements than placebo, or caused health improvements equal to those of another treatment.”

The landmark review has been cited by organisations and health services wanting to withdraw funding from homeopathy ever since.

In 2017, the UK’s Specialist Pharmacy Service updated the NHMRC’s review by searching for systematic reviews published since the search date. It concluded: “the quality of the trials included within most of the reviews are variable thus this new data does not change the conclusion of the NHMRC review conducted in 2015”.

Homeopathic remedies in Europe are regulated by EU Directive 2001/83/EC, which regulates all medicinal products. It requires member states to have: “a special simplified registration procedure” for homeopathic products which requires companies marketing them to show they comply with manufacturing standards, but which does not require them to show efficacy so long as “no specific therapeutic indication appears on the labelling of the medicinal product”.

Outside of this light-touch regulation, it is for member states within Europe to decide whether they want to fund homeopathic products or the services of homeopaths through their health and social security systems. Increasingly, countries seem to be deciding against.

In 2017, NHS England included homeopathic products in a list of “Items which should not routinely be prescribed in primary care: Guidance for CCGs” (clinical commissioning groups, bodies which commission local NHS services). The publication said CCGs should be advised: “that prescribers in primary care should not initiate homeopathic items for any new patient” and should “support prescribers in deprescribing homeopathic items in all patients”. The estimated annual amount spent on the products was £85,000 in 2016/2017.

This was already a significant drop, according to Michael Marshall, project director of the Good Thinking Society, a sceptics organisation which has campaigned against homeopathy. “Five million pounds was being spent [on homeopathy] – I compiled those figures through Freedom of Information requests in 2014 – 2015. Subsequently that’s come way down,” he says. He said 31 CCGs were funding homeopathy, although many decided to withdraw funding when challenged. The Society is now pressing for homeopathic products to be “blacklisted” meaning that they should never be prescribed.

He says that, despite the small sums of money involved, the availability of homeopathy on the NHS gave the tradition credibility.

“This is one of the reasons we have been particularly keen on addressing it on the NHS – it’s not just spending money on something that doesn’t work but the symbolic value. Five million a year in terms of the annual NHS budget is not huge. It’s the reputational benefit of the NHS being behind homeopathy. People used to say: “It must be effective because doctors will give it out and the Queen uses it.” So we were quite keen to tackle the NHS association with it.”

The Society of Homeopaths says the use of homeopathy in the UK “will not necessarily be affected by the removal of NHS funding for NHS homeopathy prescriptions as patients will continue to see GPs who practise homeopathy within the NHS and pay for their own prescriptions”.

The proportion of the UK population using homeopathy each year is estimated at 0.2% to 2.9% but is thought to be considerably higher in other European countries.

The recent decision by French Health Minister Agnes Buzyn to end social security reimbursement of homeopathy prescriptions by 2021 caused shockwaves. Assurance Maladie [France’s health insurance] currently refunds 30% of the costs of homeopathic prescriptions, which will drop to 15% from 2020 and cease the following year.

The decision followed a recommendation by the French Haute Authorité de Santé (HAS) which considered the evidence and said: “these [homeopathic] drugs have not demonstrated scientifically sufficient effectiveness to justify a refund”.

French communication consultant and sceptical campaigner Laure Dasinieres believes the relative popularity of homeopathy in France is partly down to tradition, but also to the state funding and availability of the products in pharmacies.

“Initially, the ideas of Samuel Hahnemann were widely disseminated in France, which can explain its impregnation. As a result, it was (and still is for some faculties) dispensed in the faculties of medicine and pharmacy, giving it a pledge of additional seriousness. It is even what has probably built the idea that homeopathy is a French tradition.” She says that the presence of Boiron and its high profile advertising in France has added to its popularity.

She believes the decision to cease reimbursement of homeopathy by the state will start to change attitudes, however. “The reimbursement gave a certain official guarantee to homeopathic products, which will no longer be the case. Reimbursement is also seen by people who do not read the studies, as a kind of “label” of effectiveness that will be questioned.” She said that the 2 year phasing out of reimbursement gives an opportunity to educate people not to expect a medicine for every ailment.

The HAS report followed a joint recommendation by the Academy of Medicine and the Academy of Pharmacy, which stated: “no homeopathic preparation should be reimbursed by Assurance Maladie until the demonstration of sufficient medical benefit has been provided. No university degree in homeopathy should be issued by medical or pharmaceutical faculties.”

The Society for Homeopaths said that the moves against funding of homeopathy in France and elsewhere in Europe were down to “a primary anti homeopathy bias” that “tries to dismiss the positive research that demonstrates homeopathy’s effectiveness.” They pointed to an open letter from 45 French MPs protesting against the decision to end reimbursement as evidence that “this bias is being challenged”.

An end to university degrees in homeopathy also seems on the cards in Spain, where the government announced plans in November 2018 to “protect” the public against what they describe as “pseudotherapies” including homeopathy and acupuncture.

According to a government statement, the four-pronged plan includes:

The plan followed high-profile media coverage of the deaths of several young adult cancer patients who had refused conventional medical treatment in favour of alternative therapies. The deaths prompted an open letter to the government from 400 healthcare professionals calling for action. The government may have an uphill struggle to wean Spanish patients off homeopathy, after a survey showed more than half believed it worked.

Even in the birthplace of homeopathy, Germany, the tradition is under attack.

News of the French decision to end reimbursement of homeopathy prescriptions prompted a call from the head of the National Association of Statutory Health Insurance Physicians, which represents 150,000 doctors and psychotherapists, for German statutory health insurers to follow suit.

However, many doctors in Germany are also homeopaths and practise the two systems side by side, meaning the practice is well-entrenched. Dr Edzard Ernst, a German-born homeopath turned scientist and anti-homeopathy campaigner, has suggested that the (refundable) higher price of an hour-long homeopathic consultation gives German doctors a powerful incentive to practise homeopathy.

One doctor who has challenged the practice is Natalie Grams, a former homeopath who intended to write a book defending the practice – and then found herself convinced by the evidence against homeopathy. Her resulting book, Homeopathy Reconsidered, has prompted criticism, led to threats of legal action and even death threats, she says. She is now head of the critical Homeopathy Information Network.

She believes homeopathy’s popularity is powerfully linked to the German tradition of reverence for nature, as well as its status as the “cradle of homeopathy”.

“What I notice again and again in Germany is the confusion of homeopathy with natural medicine and a general transfiguration of nature and everything that sounds biological / natural,” she says.

She too thinks that official recognition of homeopathy bolsters its reputation. “Since many statutory health insurance companies now offer reimbursement for homeopathy, many patients think that also an effectiveness must be present. Some universities also teach homeopathy and thus contribute to a better reputation than it deserves as a pseudo-medical method.”

However, she believes attitudes are changing. “On the whole, homeopathy is viewed more critically and there are attacks on its special pharmaceutical status, and especially the reimbursement by health insurance companies, from many sides.”

She says this can be seen in a recent slight decline in sales, “probably due not least to the increasingly fierce criticism”. She says around 55 million packs of homeopathic medicines were sold in Germany in 2018, 1.3 million of them on health insurance prescriptions.

Two common themes emerge from the changing landscape of homeopathy in Europe. The first is that doctors, politicians and lawyers are increasingly keen to see evidence for the treatments they promote. The UK’s update of the Australian review of evidence was prompted by a legal challenge to NHS England’s advice to CCGs to stop funding homeopathy – a challenge dismissed by the High Court.

The second theme is the effect of belt-tightening by health services and statutory insurers. As the French National Academy of Medicine observed, “The reimbursement of these products … appears absurd at a time when, for economic reasons, many standard drugs with better evidence” are struggling to be funded.

When budgets are tight, the appetite to spend money on products and services with little credible evidence of efficacy or cost-effectiveness tends to evaporate. It may be that economics, rather than science, will hasten the demise of homeopathy in Europe.