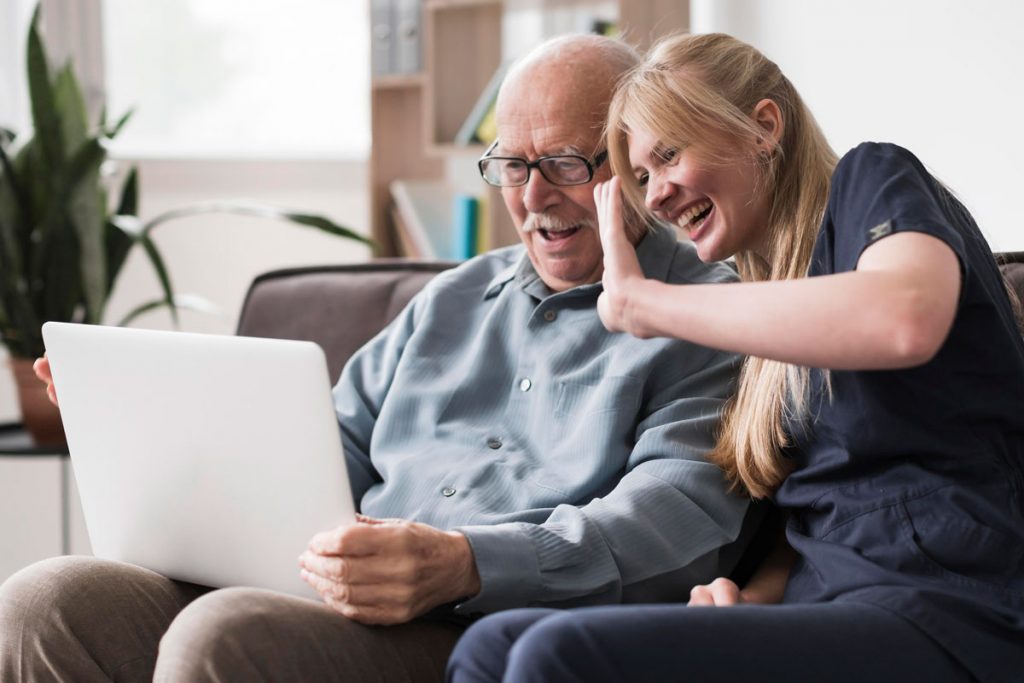 The June 2019 Web-MD magazine, delivered to my office door, has an article entitled: Guarding the Mind: the latest research points to ways you can lower your odds of developing dementia.

The first paragraph of the article is less inspiring than the title: “The number of people around the world with dementia is staggering – and growing. The mind-robbing disease has no cure, but recent research is beginning to show how you may best be able to lower your chances of getting it.”

WebMD writes: “The mind-robbing disease has no cure.” So do the newspapers. And none of the drugs used to “treat” Alzheimer’s disease have any measurable impact on either the current condition or the progression of the disease into the black hole of silence and immobility which is the ultimate expression of Alzheimer’s dementia.

We have been taught that dementia is a slow slide into the inevitable Alzheimer’s disease. It’s a very scary thought. We have complete “Memory Care” facilities now in almost every city. In 2015, we diagnosed 9.9 million new cases of dementia – 30% more than in 2010. Prevalence (percentage of people of a certain age with the disease) seems to be decreasing somewhat – but the numbers are still frighteningly high. Many papers are available in the literature that discuss numbers of affected individuals more specifically.

We are consumed with the need to identify risk factors. One researcher affirms that age, APOE4 genotype, vascular disease and diabetes are the strongest predictors for developing dementia. It is quite clear that any APOE4 genotype confers increased risk of dementia.[i]

One risk factor – getting older – is not modifiable in this lifetime. Nor can we change our genetic structure. We have to play the hand of cards we were dealt at birth.

Other risk factors are potentially possible to change. Controlling the factors related to obesity and diabetes – including blood pressure, metabolic markers like cholesterol, average blood sugar levels – has been shown to decrease the incidence of dementia. And some experts are even going so far as to say that when healthy diet and lifestyle changes are adopted early, the risk of developing dementia later in life decreases. As your grandmother told you, “Eat your veggies, they are good for you.” It’s too bad that we, as children, do not take on those good habits are we reach the age of supposed reason.

Does dementia happen all at once, like flicking a light switch? As it works out, there are plenty of early warning signs – we can’t remember where we put the car keys, we forget people’s names, we don’t show up at scheduled meetings because we forgot, we used to be able to remember 10 digit phone numbers but now have to look two or three times to be sure the number is correct… In the world of medicine, we call this Mild Cognitive Impairment, or MCI. Sounds a lot less scary than Alzheimer’s, right?

Is the development of dementia inevitable? A slippery slope that has no exit ramp? How can we determine our risk of developing dementia?

Age: We cannot help getting older – it’s what happens in this linear world.

Genetics: We cannot change our family history. If our grandparents and parents died with dementia, chances are very good that we ourselves are at considerable risk of also developing MCI or Alzheimer’s. There is evidence that some genotypes age much better than others. Any copies of the ApoE 4 gene confer an increased risk of cognitive decline.So the more copies of APOE4 we have, the more careful we should be to ensure that we are living a life conducive to health. Beyond that, we do not have control over our genes – only over their expression.

Food choices: What about food choices? Is there in fact evidence that eating McDonald’s is less healthy for us than eating steak and potatoes or plant-based foods? Is the “organic” vs “conventional” debate worth learning about?

There is evidence that the Mediterranean diet slows cognitive decline through eating of neuroprotective foods, including things like green leafy vegetables and berries.Food choices play a large part in health of the body, the brain and the mind.

Body Exercise: There is significant evidence that those who engage in some form of daily exercise – which may be as simple as walking – have overall better cognitive function as they age.And if the exercise involves both mind and body (as in Tai Qi), the effect is even better.

Brain exercise: People who have had more education (brain exercise) have also better overall better cognitive function with age, even if they have two copies of the APOE4 gene.

First, if you think your brain is not working as well as it used to work, you have some degree of MCI, whatever the tests say. You have an ICD10 diagnosis code of G31.84, Mild Cognitive Impairment, so stated.

We can test for MCI with a conventional memory test, involving both simple and more complex tasks.

Many people have to go back and look at a phone number while they are dialing it – 10 numbers is a lot to remember. Typically, most people can remember at least five things. Someone who has a PhD in physics can be expected to remember more things than someone who does not have this level of education.

At some point in our lives, we may come to the place where we say to ourselves: “Boy, I used to be able to remember better than I can now.” Our concern may not be immediately evident on the surface – we can still go to the grocery store, get groceries, remember how to get home, put the groceries away, lock the front door, etc – and yet, we may still feel some slowing down, some deficiency in the way our brains are functioning now compared with the old days.

This condition is defined, in the ICD10 rule book, as code G31.84, AKA “Mild cognitive impairment, so stated”. We don’t have to flunk an MCI test, a mini-mental status exam, a 6CIT test in order to be given that G31.84 diagnosis by a medical professional.

And if we are given that diagnosis – it’s OK, not shameful or hopeless, because we can do something about it. Mild cognitive impairment, fading memory, CRS disease in colloquial terms, is not something to be ashamed of, to hide in a closet.

So, what can we do about it? First, rather than just being afraid, we can actually do a test which will either confirm or disprove our fears.

The lab tests are obtained through Sonora Quest Laboratories. The combination of tests and the report which is generated can both validate our concern AND give us some options for treatment so that the cognitive impairment diminishes or goes away, instead of progressing to dementia.

AND Medicare covers the cost.

AND most conventional insurance covers it, because there is a “medical necessity” code attached to it – that ICD10 G31.84 code.

The whole program is called the Restore-U Method. It is available through Sonora Quest Laboratories, and you can have your blood drawn at your doctor’s office or at any Sonora Lab draw station.

The report also includes a period of guided interventions, for those who need help learning to shop and cook differently, learning to do physical and mental exercise. The interventions are personalized to the abilities of the individual who is tested – there is not a general “one size fits all” diet or list of prescribed exercises for everyone.

Why do we not shout this information from the rooftops? Why is this test not widely available?

Why would you want to know if your impression of slowing down mentally is real? Because you can actually intervene – change things – to improve your outcome. You have some control over whether you choose to slide into that slow “inevitable” decline or crawl out of the hole back on to level ground. It’s not that hard. It just requires determination on your part, and finding a doctor’s office that will do the testing and get you the help you need. Any doctor’s office can do it – they just need to be willing to spend the effort and the time needed to help you get well. There is no prescription pad remedy – it requires your active participation.

We can promise that you will not regret being willing to change your lifestyle, because you will see good results, simply from changing your food choices to healthy ones. Supplements may be recommended, to improve the way your cells function – thus improving both muscle and brain function.

For more information, go online to https://umethod.com/memory-loss/. And then get the test done, and get back on track with your life.

Talk with your regular doctor about it.

Feel free to call us for a free 15-minute phone consultation, to determine whether the Restore-U Method is right for you, and whether we can help you negotiate your way back to a state of health.