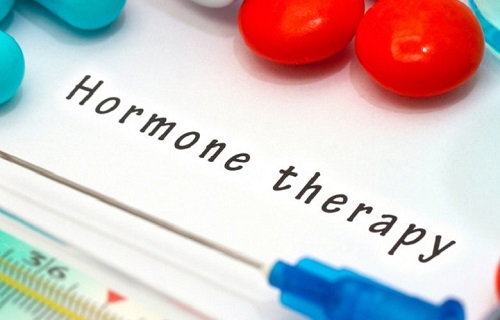 Not long ago, someone asked me for guidance on one of those infrequent but memorable office dilemmas: She inherited a patient who had been treated outside the medical mainstream, with untoward consequences.

This patient sought treatment for some minor but annoying gastrointestinal symptoms. Her medicine list included a substantial amount of Armour Thyroid—which is a mixture of T4 and T3—supplemented with liothyronine (T3) 10 µg daily. Testing showed a suppressed TSH and fairly normal free T4. The patient was apparently not overtly hyperthyroid, though this could have been contributing to the chief complaint of minor but ongoing diarrhea.

On questioning, it was unclear whether the patient had hypothyroidism, as there was no history of thyroidectomy or radioiodine treatment and no previous lab results that would establish this. The patient had seen more than one endocrinologist before settling on a physician described as an “alternative practitioner” who initiated and maintained the current therapy.

The solution—which is for the new endocrinologist to get the patient’s records and discontinue the two sources of T3—often creates conflict: The patient wants the gastrointestinal symptoms to improve but has loyalty to the person managing the thyroid replacement program, and has already rejected mainstream advice from at least two endocrinologists.

The Power of Hormones

Endocrinology has historically served as a pathway for those who look and feel wretched to fully transform to “normal.” We have all seen untreated patients brought to the office or hospital at the fringes of functioning—sometimes less—after progressing for months. Once you figure out that the culprit is either panhypopituitarism, Addison disease, or clinical myxedema (not difficult to do once you think of these as possibilities), those patients and their families will speak your praises forever. Make a very short kid grow taller, restore sight to someone with a pituitary tumor, or improve a marriage by reversing hypogonadism, and you become someone’s hero. Our medicines can do some remarkable things for people who need them.

They have also led to a few misadventures. In the pre-tricyclic era, insulin-induced neuroglycopenia was offered as therapy for nondiabetic patients with profound depression. Depressed patients with incomplete responses to usual antidepressants were offered liothyronine to make them minimally chemically hyperthyroid.

Elite athletes who might go from a gold medal to fourth place with the loss of 0.05 seconds of speed or 0.5 kg of lifting strength might find androgens or growth hormone to be an attractive solution. These people seek the help of physicians with sympathetic views of their need or nonphysician sources—and they find them.

Telling women that their youth can be maintained forever with estrogens has also had its physician-driven and physician-abandoned era in medical history.

The ability of hormones to restore the worst of the worst has attracted the interest of those who wish to have their well-being restored but whose last five doctors and acupuncturist weren’t able to help. Enter the alternative medicine physicians—some who are charlatans who know that they won’t do any better, and some who are sincere and want to do something that may help.

Personally, I have inherited patients treated at Lyme disease and fibromyalgiacenters with clinically obvious iatrogenic hyperthyroidism from taking supraphysiologic doses of levothyroxine. But treatment with megadosed liothyronine results in bizarre lab numbers that challenge the residents and referring primary doctor.

People in the community sometimes supplement with potassium iodide, having been told that it helps their thyroid gland make hormone, not that it depends on the amount of Armour Thyroid they are taking with it. Patients have come in wanting their testosterone prescriptions refilled after their new primary care doctor refused to continue the treatment that had been prescribed by someone from the pain center whose neon “open” sign was unplugged by the state.

At one time, patients brought in newspaper clippings about “Wilson syndrome,” once popularized as a deficit of T3 too small to raise the TSH but of clinical consequence based on symptoms. That was debunked, but the void has now been filled by “adrenal fatigue.” I had the good personal fortune of never inheriting a patient who was actually taking glucocorticoids for this, but have had to explain why two cortisol levels with the second lower than the first could just as well have been reversed if tested at different times. Other colleagues have had the more challenging task of damage control by withdrawing a medicine in a patient who expects to feel even worse afterwards.

What Can We Do?

Needless to say, inheriting patients from these fringe prescribers can exasperate the mainstream physician, whether primary care or endocrinologist. But there can also be an element of fascination and intrigue. What happens when hormones are used other than as intended? More often, the patients on thyroid supplements arrive with odd lab numbers rather than clinical hyperthyroidism. Patients with depression who were given T3 have sometimes experienced symptomatic improvement in their depression scores. Men with the diagnosis of “low T” may have identical pre- and posttreatment lab numbers, which makes a statement about how endogenous and exogenous sources of androgens are regulated and interchanged physiologically.

Correcting these inherited prescription misadventures poses a professional challenge, particularly with patients who are at odds with the referring doctor and often diverted to the guru to serve as arbiter. Rather than second-guess the misguided prescriber, my fellowship chief would tactfully say that we have simpler ways to address the problem—a practice that seems to work well. Patients being referred to the specialist expect an independent review, so they rarely balk at requests for old lab work. Sometimes, we just have to be insistent on doing the right thing. Even if the patient rejects additional testing and changes, at least there is now a record of mainstream assessment, as there will undoubtedly be others who inherit patients of this type.

Does the expert who follows expected care regimens have a responsibility to expose the outlier prescriber? Opinions will vary, but at best it seems a thankless task, at worst a lost cause. YouTube has videos with thousands of views espousing all sorts of diagnostic and therapeutic interventions by practitioners licensed to do what they do. Unfortunately, these wonderful presentations on every imaginable endocrine disorder have cyberspace parity with information that is fabricated. Being an educated arbiter who is trustworthy and able to give reasons for the opinions we provide remains one of the endocrinologist’s valuable roles.