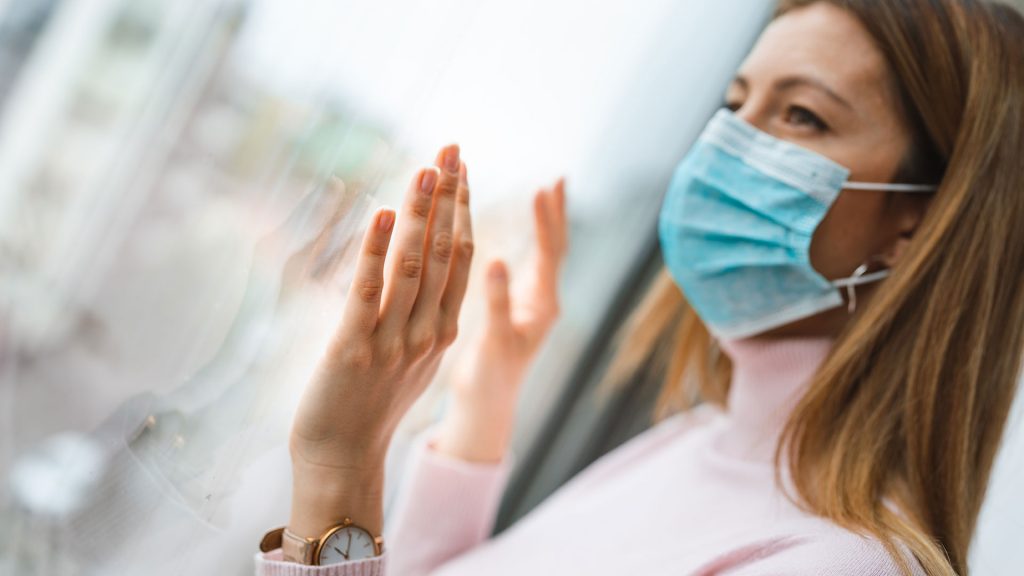 Many viruses require reduced sulfhydryl groups for cell fusion and entry. Corona viruses, including SARS-CoV-2 (the cause of the condition now named coronavirus disease 2019 or COVID-19), are rich in cysteine, which residues must be intact for viral activity. Sulfhydryl groups are vulnerable to oxidation. Ozone therapy, a very inexpensive and safe modality may safely exploit this critical vulnerability in many viruses, inclusive of SARS-CoV-2.

“Novel coronavirus” SARS-CoV-2 is rapidly spreading worldwide with a significant mortality rate. There is real threat of a global pandemic of an easily transmissible disease, with a significant morbidity and mortality, from this epidemic if not another in the future. According to the World health Organization, SARS-CoV-2 carries at least a 14-day incubation period [1]. Infected people will escape simple detection by temperature, permitting rapid global transmission.

China placed tens of millions of people on lockdown to respond to the outbreak. Mainstream medicine has little in its arsenal for viral disease, and its therapies for bacterial infections are waning as well. Coronaviruses have abundant cysteine in their spike proteins that may be easily and safely exploitable with ozone (or other oxidation) therapy. Cysteine residues are also abundant in viral membrane proteins and must be “conserved” for viral cell entry. The purpose of this manuscript is to bring attention to ozone therapy as a novel treatment for “conventionally” untreatable viral illnesses.

Ozone is triatomic oxygen (O), the most powerful oxidant found in nature. Our bodies actually produce ozone, observed in a stunning discovery at Scripps Institute[2]. Ozone therapy (OT) utilizes 1-5% ozone in 95-99% oxygen as a gas (~10-70 mcg ozone per cc gas). This mixture is called “medical ozone”. Ozone therapy has been in use since the late 1800s, but is little known.

It is not patentable for profit; thus, corporate interests have no incentive to develop and disseminate it. Consequently, few formal studies have been performed. Yet many scientific articles have been published, conducted in Germany, Russia, Italy, Cuba and elsewhere, demonstrating powerful biochemical effects. Bocci and Menendez both published books summarizing their research groups published basic science findings [3,4].

When blood is treated with ozone, it instantly reacts with electron-rich double bonds of lipids and other molecules. This creates longer lasting downstream weaker oxidant metabolites called ozonides: Reactive oxygen species and lipid oxidation products, inclusive of peroxides, peroxyls, alkenes, alkanes, these molecules appear to act as messengers for the key biochemical and immune modulating effects of the therapy.

The Menendez Cuban group found that preconditioning animals with ozone is as powerful as dexamethasone in reducing tumor necrosis factor α in subsequent endotoxic shock[7]. This could be exceptionally valuable as a means of safely suppressing “cytokine storm”, often the cause of final lethality from pulmonary viral infection [8], including coronavirus [9,10]. Elvis and Etka summarized ozone therapy: “..effects are proven, consistent, safe and with minimal and preventable side effects. Medical O is used to disinfect and treat disease. Mechanism of actions is by inactivation of bacteria, viruses, fungi, yeast and protozoa, stimulation of oxygen metabolism, activation of the immune system[11].”

In his recent review article [12], Rowen states: “OT may be ideal therapy for viruses. In order to successfully penetrate cells, many viruses require membrane glycoproteins to be in the reduced R-S-H form rather than oxidized (R-S-S-R)” Ozone inactivates many viruses directly. Norwalk, collophage MS3, hepatitis A, and poliovirus are dependent on reduced sulfhydryl groups[13-18].

Cysteine is an amino acid carrying a sulfhydryl (R-S-H) residue, also called a “thiol” group. Alterations of these residues have been found to “cripple” virus growth properties at least 2 logs lower than wild type virus. Active cysteine is essential for membrane fusion[25]. This is consistent with the sulfhydryl non-corona viral research discussed above. The redox status (reduced cysteine residues vs. oxidized residues) can “switch” protein activity to “on” or “off” [ 26].

Thiol S-H bonds are far weaker than the O-H bonds in alcohols, and vulnerable to oxygen based oxidants, which can oxidize the sulfur to sulfonic acid residues (R-SO-H). Viruses have a limited “shelf life” on surfaces. Coronaviruses reportedly retain infectivity up to 9 days on surfaces, temperature dependent, and are quickly inactivated by 3 oxidizing disinfectants [27]. Atmospheric oxygen may slowly degrade thiol groups, and more quickly at higher temperatures. Cysteine is highly vulnerable to oxidation to disulfide (R-S-S-R) or other residues; which effect will cripple its biochemical activity in proteins, altering their three-dimensional structure. Enzymes may become inactive when reduced thiols are oxidized. Ozone itself will oxidize SH groups instantly on contact. Knowing ozone extinguishes itself virtually instantly on contact with blood creating ozonides, one might then ask, “How will ozone reach deep reservoirs of virus?”

Ozonides are oxidants in their own right. They have a prolonged life according to the works of Bocci and Menendez, providing ongoing protection after a single treatment. These molecules are less reactive than ozone, but still possess oxidizing power and serve as biochemical signaling molecules modulating the immune system. Creating a more “oxidized” environment, ozone therapy may assist the body in inactivating thiol in viruses in blood and tissues. (Our immune system is well known to create reactive oxidant species, such as hydrogen peroxide, superoxide, nitric oxide, hypochlorous acid, etc. and even ozone itself as mentioned previously to defend against infection).

Viruses, unlike “living” cells, have no mechanism of self-repair. Ozone’s ability to inactivate cysteine dependent proteins was reported as an ozonide attack on cysteine-dependent papain, believed to inactivate the enzyme by oxidizing the active sulfhydryl group to sulfenate or sulfenic acid [28]. Furthermore, coronavirus spike protein is also rich in tryptophan [29], which is second to cysteine in vulnerability to oxidation [30].

Based on the foregoing Rowen surmised that ozone therapy might be the ideal treatment for deadly Ebola. On the invitation of the President of Sierra Leone, we traveled to the country in October, 2014 to bring ozone therapy for the epidemic. Our team treated 5 cases of Ebola, two in physicians, one in the female consort of a physician who died of the disease, and two exposed aides. All survived without any deterioration of symptoms after ozone therapy began, nor did they have any post Ebola complications. The epidemic claimed 60% of its victims and scarred survivors with a 70+% rate of complications [31]. The key method was directly administering oxygen/ozone gas intravenously (DIV), 20 cc at 55 mcg of ozone/cc of gas over a few minutes. The material cost is negligible, and leaves virtually no medical waste – only a small 27 g butterfly needle and its attached short tubing.

The treatment requires an ozone generator, medical grade compressed oxygen, a syringe (and a butterfly needle for DIV method). The generator can be run off a car battery in remote areas. Ozone therapy is exceptionally safe, with a reported complication rate of only 0.7 per 100,000 treatments. Most all untoward effects were found to be secondary to improper administration [32]. Direct intravenous gas administration does carry a risk of temporary chest tightness and cough, and can irritate veins. Compared to a lethal disease, however, it is a negligible price to pay. DIV oxygen has been routinely (and safely) used around the world for generations, with significant positive effects on modulating inflammation [33,34].

Oxygen is a metabolic gas and is rapidly consumed, unlike “air” which is 80% nitrogen. Another method of delivery is called “major autohemotherapy” (MAH). Blood is withdrawn into a bottle, ozone added, mixed, and the ozonated blood reinfused. However, considering that this method is both time consuming, requires large veins and has a large amount of medical waste, the DIV method may be preferable in epidemics.

Ozonide drugs are now postulated to possibly remedy the growing resistance of plasmodium to artemisinin, which molecule carries a rare natural oxidizing endoperoxide bridge at its active site. Industry is searching for drugs of this class [35]. Meanwhile ozone therapy, a direct method of creating endogenous ozonides, has been utilized for a century with an excellent background of researched effects, safety, and minimal costs, depending on the method and location where administered. Ozone therapy has been reported as exceptionally safe[32].

Ozone therapy is versatile and can be used for prevention and treatment of acute and chronic diseases. Our offices treat both acute (non-hospitalized cases) and chronic viral and bacterial illnesses with ozone. There have been no reports of conflicts with standard medical care, inclusive of drug therapy. Dosing depends on mode of application. DIV ozone generally begins with 1100 mcg ozone (20 cc of gas at 55 mcg of ozone per cc of gas) with increases up to 6600 mcg (120 cc gas) as needed and tolerated by the patient. Treatment time is a few to several minutes. A more recent ozone innovation is a variant of the MAH technique, called hyperbaric ozone.

Two hundred ml of blood is ozonated with 200 cc medical ozone gas at 70 mcg/cc under pressure and returned under pressure. This constitutes a single “pass” (about 15 minutes for a treatment). A common practice in Europe and American clinics is repeating this for 10 passes at one sitting (45-90 minutes for a treatment, depending on vein “co- operation”). This will deliver 144,000 mcg ozone in a single treatment session. Our clinics are using this latter method, which appears to enhance rapid recovery from Lyme disease even in antibiotic treatment failure patients.

Rowen trains physicians from around the world in this method, and has surveyed them for safety. Out of a known 4,000 “ten-pass’ treatments, there were no reported significant or lasting untoward effects due to the therapy [36]. We have observed “Herxheimer” reactions, presumably due to “die-off” of infecting organisms.

Few in our field are not familiar with the great 1918 influenza pandemic. However, few are also aware that inexpensive intravenous hydrogen peroxide was utilized by British physician Oliver, who halved the death rate from influenza pneumonia in India [37]. Similarly, another oxidation therapy, ultraviolet blood irradiation therapy, was successfully used to cure 15 of 15 cases of viral pneumonia in hospitalized patients in the 1940s[38]. Ultraviolet energy is well accepted to destroy microorganisms, and is used as a sterilizing agent, and in air purification. Ultraviolet energy destroys cysteine in microorganisms [39].

Ozone’s challenge is that it does not bring profit to justify private research to advance it towards regulatory agency “approval”, a process requiring tens of millions of USD. Hence, few in the medical field are aware of it, and fewer will consider “unapproved” therapy even to save lives [40]. It suffers from the “tomato effect” [41], because many of its achievements are regarded as impossible to believe.

Virtually all use is in private offices, where most practitioners have no access to an institutional review board, now a requirement to gain acceptance of research for publication. Hence, advancement of ozone therapy into mainstream medicine languishes, and most patients, with no alternatives to conventional therapies, suffer.

The world already has a most inexpensive, safe, and likely effective remedy for deadly viral diseases, which exploits their redox vulnerability at critical membrane cysteine/tryptophan fusion sites. Ozone therapy could be easily deployed worldwide, even in very poor countries.

With few conventional treatments for viral pneumonia, this epidemic could provide impetus to study ozone therapy very ethically under the auspices of an institution’s review board in treating, with ozone therapy, seriously ill patients, who might otherwise expire.

Milder cases could also be treated to study the ability of ozone therapy to slow or halt clinical deterioration. Such study could bring ozone therapy to the forefront of all-around infectious disease management, providing answers to our growing problems with resistant infection. Governments should take notice.

No funding was provided for this manuscript. Authors have no conflicts of interest to report.

To Terri Su, MD, wife and clinical partner of Robert Rowen for her steadfast support of ozone therapy practices and editing this manuscript.