Vaccination – medical procedure? Or public health mandate? Are there alternatives? 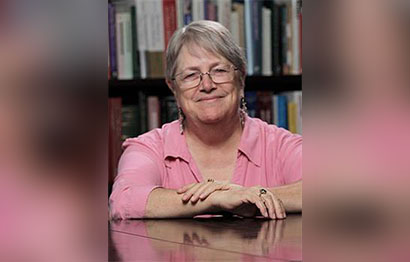 A question was recently posed on the AHIMA website, asking whether we, as a homeopathic organization, could recommend a list of doctors who offer “homeopathic vaccines” as a substitute for conventional vaccines, the hope being that the “homeopathic vaccine” would be something that would satisfy the legislature and the schools that vaccination had been accomplished, without the child actually having to receive the vaccine in question.

Two things bothered me about the question. First, is it possible that anything homeopathic could induce development of antibodies to any specific disease in a human being? The second, whether there might in fact be a substitute that might satisfy the powers that be without exposing the parent, the child and the doctor to the wrath (and sanctions) of the conventional medical and public health community.

These really are separate questions. And they both bypass the third question of whether vaccination is a “good” or “bad” medical treatment, either for the individual or for the population as a whole, as well as the question of whether we have the right, as a society, to force any number of people into doing a medical procedure with which they may or may not agree. Let us deal with the questions in order:

First, Are there homeopathic alternatives to vaccination? And do they in fact induce antibodies to the disease they purport to affect?

There is a procedure or treatment called “homeoprophylaxis” which involves strengthening the body against infectious diseases through the use of homeopathy/integrative medicine – the word homeoprophylaxis is a helpful description of the treatment philosophy subtending (underlying) the discipline. Chances are negligible that titers against specific diseases will increase – barring some kind of miraculous intervention. But if you don’t get the disease, it doesn’t matter. And the fact that the protocols take between six and eighteen months to become effective simply demonstrates that health is not necessarily accomplished through a quick fix. The remedies are not a substitute for vaccination, nor is there any reason to think that the remedies might increase the production of antibodies against any specific disease, the way vaccines do.

Second, Is there a substitute for vaccination which will satisfy the powers that be without exposing the parent, the child and the medical practitioner to the sanctions of the medical/public health community?

All of the remedies that are used in homeoprophylaxis are also used in both constitutional treatment and in combination formulas for other purposes.  So there are actually no specific homeopathic vaccine remedies.

Third, do we have the right, as a society, to force people to do a medical procedure?

I believe we had quite a lot to say (and much of it not favorable) about China’s policy of “one child per family” which ended up sometimes involving forced abortion or voluntary termination of female children. The current generation of Chinese men are having a hard time finding wives, because of that policy. I am not personally a big fan of forcing people to have a medical procedure – it goes very much against the oath we took when we graduated from medical school – to protect our patients and to respect their privacy.

Whether vaccination “works” to decrease the incidence of specific diseases is not really in question. We seldom see the blind and deaf rubella babies any more, because rubella, as one part of the MMR vaccine, has been virtually eliminated. Measles was generally a fairly mild childhood illness – although there were a few children whose infection led to devastating illness. Rubella babies were born when their mothers got the “German measles” illness during their pregnancy. And there was no cure for rubella babies, they lived out their lives with their disabilities.

From the CDC website published March 19, 2018, we read: “In the decade before 1963 when a vaccine became available, nearly all children got measles by the time they were 15 years of age. … Also each year, among reported cases, an estimated 400 to 500 people died, 48,000 were hospitalized, and 1,000 suffered encephalitis (swelling of the brain) from measles.” Approximately 4 million children were born alive each year during that decade. Approximately 0.000125% of those children died of measles, 0.012% of those children were hospitalized, and 0.00025% of those children developed encephalitis.

In point of fact, not very many people experienced significant injury from the disease. However, If it’s your child, you don’t care about the statistics. And we now have a vaccine injury court, to help compensate families and their children who have experienced injury from vaccinations. The rates of “compensable” vaccine injury are quite low – in the 10 years between 2006 and 2018, 95 million doses of MMR vaccine were distributed. Only 116 cases in those 10 years were deemed compensable. Of course, the incidence of autism and other neurologic and “mental” illness rose significantly during those years, but there has been no absolute proof that the illnesses were due to vaccination – merely suspicious circumstantial evidence of developmental delay happening subsequent to vaccination.

The parents whose children’s development slowed or stopped subsequent to vaccination have very little doubt what cause the regression and illness. It is not “scientific” proof as demonstrated through Koch’s postulates – for a definition of Koch’s postulates, see the footnote and simply substitute the word “vaccine” for the word “bacteria”, and use your imagination a little.

Should we, as a country, force those parents to vaccinate their subsequent children, because it will help maintain the “herd” immunity? Is any medical procedure – and vaccination is definitely a medical procedure – something that should be required by legislation and forced upon the families of those who are too young to have a legal will?

“Doctors worry the measures would lead to lower rates of vaccination, endangering people who rely on others to be vaccinated because they have a health condition that prevents inoculation.”

And should doctors be required to hand out a list of the ingredients in vaccines? Manufacturers are required to print a list of ingredients on their products, and are severely punished when something not on the list causes a health issue. Doctors are required to give their patients a list of possible side effects of a treatment, and may be severely punished when their patient experiences a side effect that was not on the list. How is administration of a vaccine any different?

“GOP lawmakers also voted to require that doctors provide a list of all the ingredients in a vaccine before administering it. Supporters said that would allow parents to make an informed decision. Doctors said it would require them to hand out 30-plus pages of complicated medical information that’s more likely to confuse than inform patients or parents.”

When an infectious disease specialist states publicly that a lot of people will not understand a third of what they have just been handed (and states that she herself has trouble understanding it), that may be not the fault of the people, but rather the fault of those who are handing out the information. ALL medical information can be explained in words commonly accessible to the reading public – it just takes sometimes more words to explain something in English than it does in “medicalese”.

Many parents – in fact probably most parents – will choose to vaccinate even if they do read the list of side effects. Those who have one child developmentally delayed after vaccination will probably choose a different route. They should be given the right to exercise their constitutional right to both religious and personal freedom.

Strict practitioners of constitutional homeopathy will say that remedies may be created directly from a batch of vaccine and specifically used to treat someone who has been injured by that particular batch of vaccine homeopathically.

For instance, thoracotomy is a lot faster to write than “opening the chest cavity surgically in order to do a medical procedure”. But the two mean the same thing… the first is medical shorthand, AKA “medicalese”, the second uses common English words to explain the term.