Clostridium Difficile Infection in the 21st Century – Part I 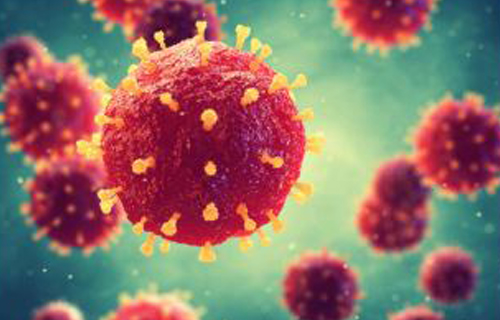 Definition of Clostridium difficile infection: CDI is defined by the presence of symptoms (usually diarrhea and/or pain and huge dilatation of the colon – called toxic megacolon) and laboratory confirmation of the presence of a toxic strain of C diff or its toxins in the stool. Another part of the definition includes colonoscopic or histopathologic (examination under a microscope) findings revealing pseudomembranous colitis (colon inflammation with something that looks like thin membranes but is probably biofilm).

Michael Bell, MD, deputy director of the Division of Healthcare Quality Promotion in the CDC’s National Center for Emerging and Zoonotic Infectious Diseases, at a press conference in February of 2015 stated: “One of nine patients over 65 with C difficile dies within 30 days of diagnosis.” It is not clear whether they died of the infection itself. It is possible that the infection is simply a manifestation or the end result of a more serious health condition. The incidence is higher in the elderly (defined as older than 65 years), in women and in Caucasians. One in five patients had not only one infection, but also a subsequent recurrence of infection.

The worst part is that the infection appears to be getting more deadly. “Of increasing concern is the emergence of highly virulent strains that have been associated with increased morbidity and mortality worldwide.”

The infection may manifest simply as a mild diarrhea or it may progress to to fulminating colitis, perforation and death.

The disease is transmitted by spores – much like tetanus, caused by spores of Clostridium tetani bacterium. These spores survive on exposed surface for long periods of time. There are asymptomatic carriers of the bacterium. It is thought that transmission in the hospital occurs mainly by healthcare workers who fail to wash their hands between patients.

Is there natural immunity? Our innate immune system, when it works, is very protective against the toxic effects of this bacterium. Adaptive immune responses are protective (i.e. the production of gamma globulins is protective). So why do we become infected in the first place? Why is Clostridium difficile infection (CDI) a major healthcare concern?

Antimicrobial therapy disrupts the normal gut flora, allowing C diff to flourish. Although essentially every antibiotic agent has been associated with a risk of CDI, third- and fourth-generation cephalosporins, fluoroquinolones, carbapenems, and clindamycin appear to have the greater risk, and tetracyclines may have a much lower risk.

Sixty-five percent of C diff cases are associated with hospitals, nursing homes and other healthcare facilities. More disturbing is the evidence that we are seeing C diff infection increasingly in the community setting, without prior exposure in a healthcare facility or even to antibiotic therapy within the previous 12 weeks. Thirty percent of such patients were using proton pump inhibitors, suggesting that gastric acid may have some protective effect against C diff infection.

Nursing home or long term care facility appear to increase the risk of C diff infection in their residents. Ninety-two percent of deaths from Clostridium difficile infection (CDI) occur in people over the age of 65. Two conditions mainly explain this disease severity and recurrence – age and health of the host, and the host’s antibody response. Bacterial diversity in the gut is decreased in patients with C diff infection, and increasingly disrupted by recurrent infection. At the same time the antibiotics used to treat the infection themselves deplete the normal intestinal bacteria (microbiota), leading to the phenomenon of “circling the drain” – increasing likelihood of worse illness with each episode of treatment.

What makes one person more susceptible than another to C diff infection? Both host and pathogen factors are at play.

In a very interesting experiment with young and old mice infected with C diff organisms, it turns out that the young and the old had quite different intestinal inhabitants (microflora). The young mice survived infection much more frequently than the old mice. When the cages of the young and the old mice were switched, facilitating transfer of intestinal microbes, not only did the microbial composition of the old mice improve, but so did their survival when infected with C diff.

Probiotic treatment (or very healthy gut microbiome) leads to improvement in both IgG and IgA antibody production against influenza vaccine[xv] – and, by extension, presumably against other infections as well, e.g. against C diff. One wonders why we do not simply give our infants a dose of probiotics at the same time they receive their vaccination injections. The probiotics could be healthy for their guts AND increase their immune response to the vaccine, so that we do not have to inject them with aluminum to provoke a better immune response. Aluminum is neurotoxic. Probiotics, carefully chosen, are not.

The definition of insanity is popularly expressed as “doing the same thing over and over and expecting different results.” We may certainly apply that definition to our current treatment of C diff infection in the older population. “…treatment of CDI presents a paradoxical situation where treatment is necessary, but the treatment is likely to increase the chance for recurrence.”

Treatment with probiotics – at the first suspicion of antibiotic-associated diarrhea makes so much sense – both medically and economically, that I am surprised it has not already been initiated in every hospital and nursing home across the country. A calculated savings of over $41 million.